A very successful collaboration since 2006 involving leading research labs in the US (University of California San Diego) and France (University of Paris-Saclay and University of Lorraine) has resulted in a range of high-impact outcomes. These include co-funded US-French projects, co-organized workshops, regular faculty visits between laboratories, student exchanges, several high-profile publications and preliminary discussions on establishing joint or dual degrees. As a final outcome, an international associated Laboratory (LIA CNRS) on nanoelectronics has been launched in 2015. The primary goal of this LIA is to support advances along two main lines:

4 laboratories in France and US:

Participants of the LIA Kickoff meeting at UCSD in September 2015 including the presence of the French consul: 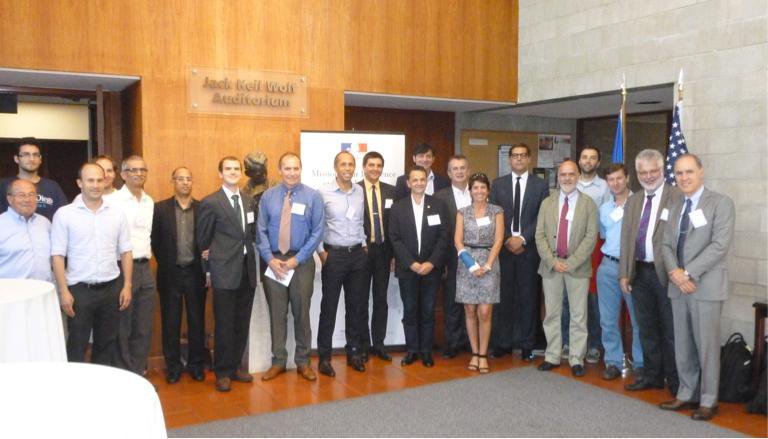