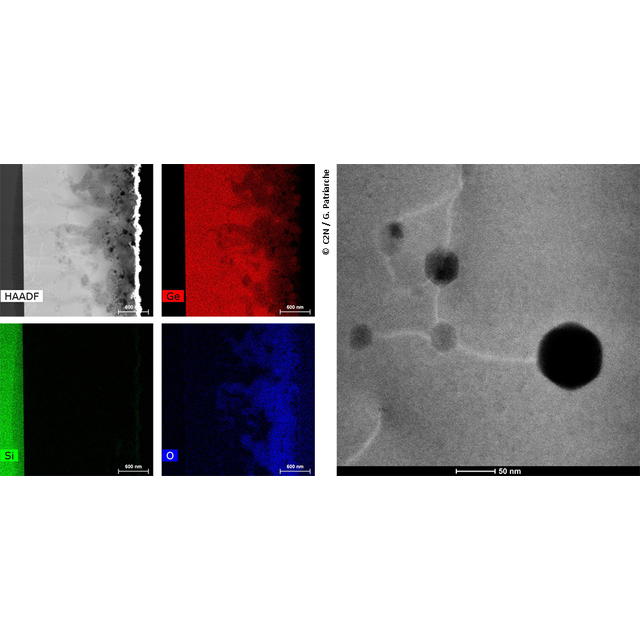 Despite their excellent energy performance, some solar panels are still too expensive to be used widely. Researchers from the Laboratoire Nanotechnologies et Nanosystèmes (LN2), the Centre de Nanosciences et de Nanotechnologies (C2N) and the University of Warwick (UK) have managed to reduce the costs of multi-junction solar cells thanks to the use of nanoporous germanium. This work, that enables to reduce the presence of defects on different crystalline substrates, was published in Nature Communications.

Multi-junction solar cells offer excellent performance, but at a cost that is still too high. The incident light must be concentrated by lenses to make the system more profitable, which is not enough yet to compete with conventional solar cells. Researchers from the Laboratoire nanotechnologies et nanosystèmes - LN2 (international joint research unit* between France and Canada), the Centre de nanosciences et de nanotechnologies** - C2N (CNRS/Université Paris-Saclay) and the University of Warwick in the United-Kingdom managed to lower the price thanks to the use of nanoporous germanium.

Solar cells need a crystalline substrate, representing about a third of the total cost. It usually means a 150 micron layer of germanium for multi-junction cells, which could be replaced by silicon that is much cheaper. However, the contact between silicon, germanium and the cell causes the appearance of defects and leads to a decrease of the energy yields. To solve this problem, the researchers inserted a layer of only 2 microns of nanoporous germanium between the silicon and the rest of the cell. Some defects still appear, but they are totally erased with a process of electrochemical etching. Costs are halved, while the performance is improved. This technique can also be used to integrate III-V semiconductors, such as gallium arsenide, which are interesting for many applications in electronics. The team is now looking for new opportunities and collaborations.