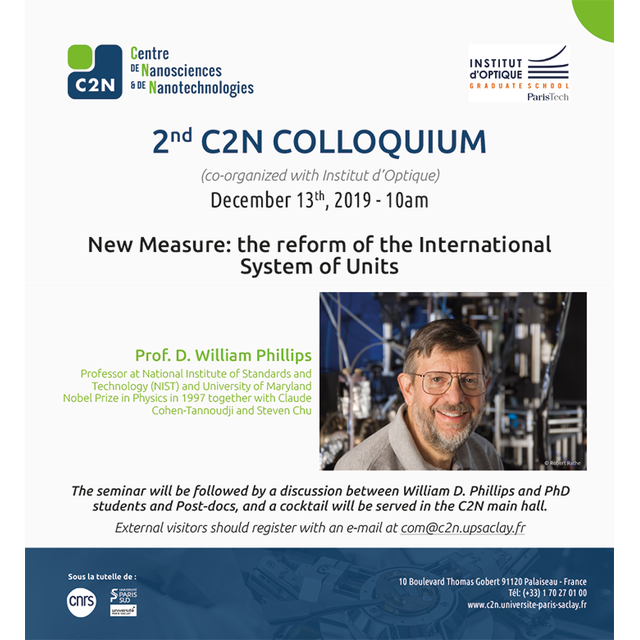 The C2N is pleased to welcome Prof. William Phillips for its Second Colloquium, that will be held on December 13th (at 10AM) at the Amphitheater of C2N, at the heart of Paris-Saclay campus. William Phillips is Professor at National Institute of Standards and Technology (NIST) and University of Maryland. He was awarded with the Nobel Prize of Physics in 1997, together with Claude Cohen-Tannoudji et Steven Chu, for the development of methods to cool and trap atoms with laser light.

His lecture, open to a general audience, will be about:

New Measure: the reform of the International System of Units

Abstract: The metric system began with the French revolution, and now we are experiencing the greatest revolution in measurement since the French revolution. The definitions of the kilogram, ampere, kelvin, and mole are all changed, being based on chosen and fixed values for Planck’s constant, the electron charge, Boltzmann’s constant, and Avogadro’s number. I will explain how this is possible, why it was necessary, and speculate about future changes in the SI.

Bio: William D. Phillips received his Ph.D. from MIT in 1976. In 1978, after a postdoc, he joined the U.S. National Institute of Standards and Technology (NIST) in Gaithersburg were he began NIST’s Laser Cooling and Trapping Group. That group, now part of the Joint Quantum Institute, developed many of the techniques now used world-wide for laser cooling and cold atom experiments. In 1997, Dr. Phillips shared the Nobel Prize in Physics «for development of methods to cool and trap atoms with laser light.»

The seminar will be followed by a discussion between William Phillips and the PhD students and Post-docs, and a cocktail will be served in the C2N main hall. 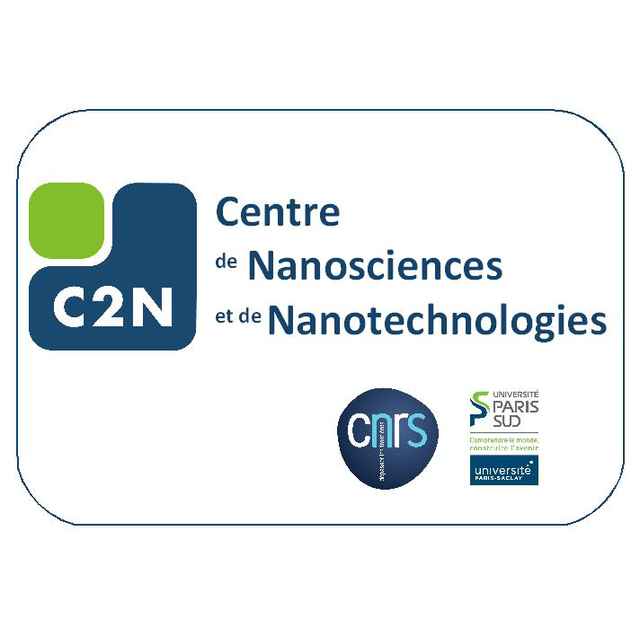 Established on June 1st 2016, the Centre de Nanosciences et de Nanotechnologies / Centre for Nanoscience & Nanotechnology (C2N) was launched in the wake of the joint CNRS and Université Paris-Sud decision to merge and gather on the same campus site the Laboratory for Photonics and Nanostructures (LPN) and the Institut d’Electronique Fondamentale (IEF). Its location on the Paris-Saclay campus is expected in 2018, the new C2N buildings … 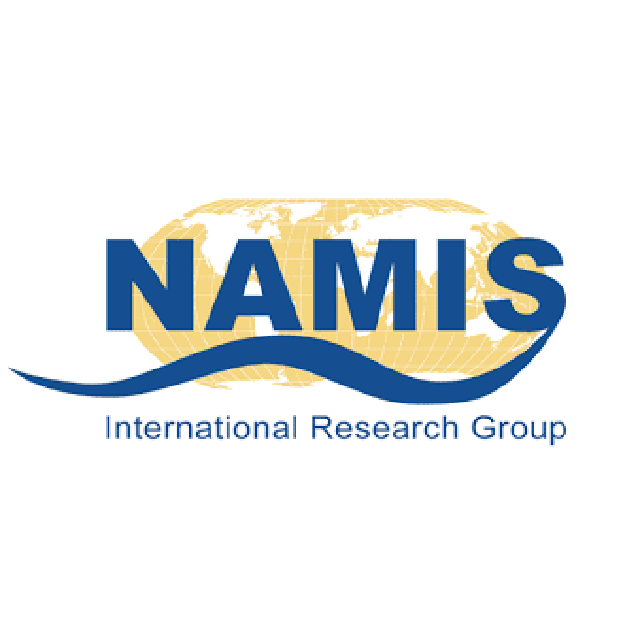 The 15th workshop organized by the NAMIS international research network, will take place on June 26th-28th 2017 in Daejeon, South Korea. It will cover the topics of "Nano/Micro systems for health and safety". NAMIS is an international research network on Nano and Micro Systems initiated by the French National Centre for Scientific Research (CNRS) and the Institute of Industrial Sciences (IIS) of the University of Tokyo, coordinated by …