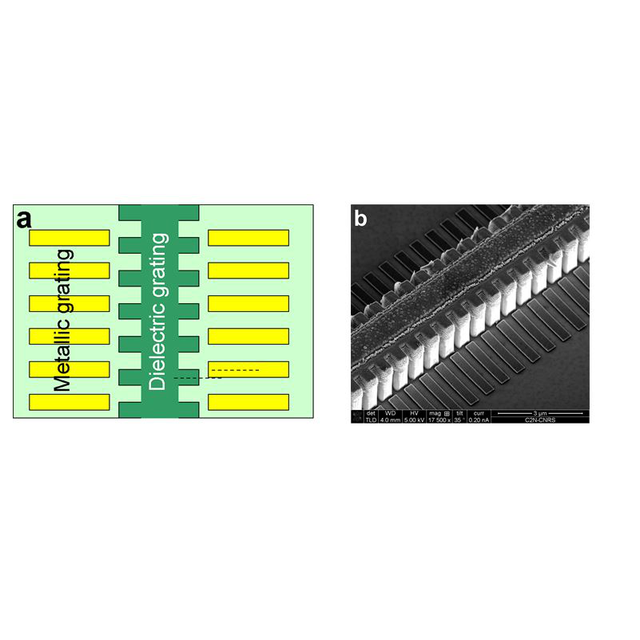 Controlling the electric permittivity along with the magnetic permeability  in photonic designs has long been a major field of research. Photonic crystals and metamaterials represent the best known examples of the tailoring of these quantities. In practice, the design and engineering of active photonic devices usually rely on the tailoring of not only the refractive index but also the amount of gain or losses inside the cavity. In particular, the presence of losses in too large amounts has long been considered to solely cause degraded performance of optical systems. A remarked trend in the photonics of the past decade, consisting in the engineering of structured losses balanced with gain and refractive index manipulation, is receiving growing attention from the community. This topic, originating from the so called Parity-Time Symmetry (PT-symmetry) [1,2], was found to be of great interest in several compartments of optics for the implementation of optical devices with intriguing  behaviors.
In a work published in January 2021 in the Nanophotonics journal, a team of researchers at the Photonics Department of the Centre de Nanosciences et de Nanotechnologies – C2N (CNRS/Univ. Paris-Saclay) in collaboration with the Laboratoire Charles Fabry– LCF (CNRS/Univ. Paris-Saclay), reports an implementation of the concept of PT-symmetry to a practical mature complex device, specifically to the design and fabrication of an electrically-injected single-frequency distributed-feedback (DFB) laser diode, the workhorse of monochromatic transmitters in optical communication networks. The main interest of applying the concept of PT-symmetry to DFB lasers is to improve the single frequency behavior through the simultaneous presence of index and loss modulation.
Figure 1(a) presents the principle of complex index modulation  with physically separated gratings, sensed as a whole by the waveguide mode supported by the production-compatible ridge waveguide implementation carefully selected in thus study.
The fabrication and characterization of the experimental structure (see Figure 1b) were performed at C2N* while the design and modeling were carried out jointly by C2N and LCF partners. The laser performances in terms of single frequency behavior are at the state-of-the art, with routinely achieved SMSRs (a measure of spectral purity) greater than 50 dB and output laser beam power exceeding a decent 14 mW. The non-reciprocal reflection behavior in the DFB laser cavity was investigated using a dedicated setup and displays clear signatures of directional amplification, a feature  directly associated to the staggered grating arrangement (Fig.1a, dashed lines), key to parity-time symmetry. Finally, in a first attempt to take advantage of non-reciprocity effects to increase  robustness to optical feedback, encouraging preliminary data show a strong asymmetry in the immunity to optical feedback.