Researchers at C2N, in collaboration with Institut Néel (Grenoble, France) and University of Queensland (Australia), have fabricated single photon sources based on semiconductor quantum dots of unprecedented quality.

They succeeded in combining a unique technique invented in 2008 to position a quantum dot at the center of a micropillar acting as an optical cavity and an electrical control to remove the charge noise. They demonstrated the controlled and reproducible fabrication of bright sources of single photons that are nearly identical (to more than 99.5%). Their work shows that, compared to current technologies, these sources are about 15 times brighter than the heralded single photon sources based on frequency conversion. These results, published in Nature Photonics, open many perspectives for the optical quantum technologies. 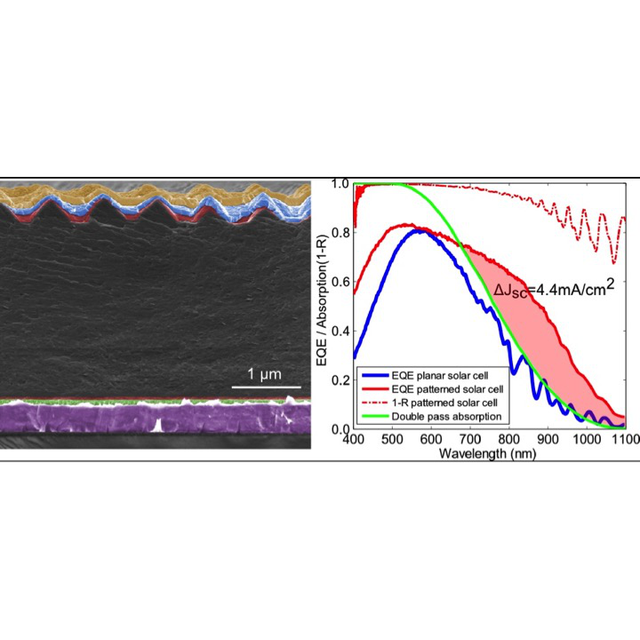 Ultrathin c-Si solar cells have the potential to drastically reduce costs by saving raw material, while maintaining good efficiencies thanks to the excellent quality of monocrystalline silicon. However, efficient light trapping strategies must be implemented to achieve high short-circuit currents. We report on the fabrication of both planar and patterned ultrathin c-Si solar cells on glass using low temperature (T<275°C), low-cost and scalable techniques. Epitaxial c-Si layers are …